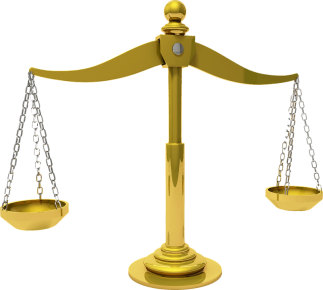 You are weighed in the balances and found wanting (Dan.5:27)

It was a Who’s Who party hosted by the king for his top executives. It was held in the opulent west-wing ballroom of the palace; luxuriously appointed, no expenses spared, no refined detail overlooked. The guests were elegantly dressed; the king was graced with wives and concubines at his side. The Babylonian orchestra entertained with music and dancing-girls. The menu was extravagant; the wine was from the king’s own special collection, delicious, and plentiful.

The party was in high gear, everybody in good spirit; the king was himself entertaining. But still wanting to impress his guests, set about to further humiliate the exiled Jews in his kingdom. Many served the present and previous administration with exceptional skill and loyalty. The king called for the holy vessels taken from Solomon’s temple in Jerusalem that his predecessor had enough sense to put away in safekeeping, not desecrating them with common use.

The holy vessels arrived in the banqueting hall close to midnight; the rest of the city is quiet and asleep, but the playboy king was at his happy hour. He called for wine to be poured into these holy vessels to serve his wives and concubines. It about that time heaven said, that it! You have gone too far!

Suddenly, there appeared a disembodied hand writing on the palace wall. Everybody froze, and the hall went eerie quiet. The king began to shake, his tongue stuttered as he called for his intelligence officials to read the writing on the wall, but none could. Somebody shouted from across the hall, O king live forever! There is a Jew in your kingdom that interpreted the dreams of your predecessor. He has the spirit of the gods in him!

They rushed Daniel into the banquet hall, perhaps still in his pajamas. The king still shaking with fright said, I will give you anything if you can read this writing and tell me its meaning! Well, don’t you love. Daniel took his sweet time to first give the king a good tongue lashing about his debauched lifestyle. Telling him he did not learn a thing from what God did to his predecessor, Nebuchadnezzar. God humbled him, and he had enough sense to acknowledge the God of heaven as the King of kings, but you Belshazzar learned nothing from that, how to fear God.

Well, let me read this writing and give you the meaning: MENE, MENE, TEKEL, PARSIN.

Babylon fell that night and the king was dead before the next sunrise. Everybody takes note, you cannot play with God and mistreat His people for long and get away with. The chickens have a way to come home to roost. That means a day of reckoning comes for everybody, kings, presidents, governors, and ordinary folks, either here or hereafter. (Read the full story in Daniel 5).

Published by The Dwelling Place

I am, Michael Dewar, author and director of Dwelling Place and the chief writer. Professionally, I am pastor, Bible teacher, mentor in the spiritual life, a specialist and consultant in church and family conflicts. View more posts