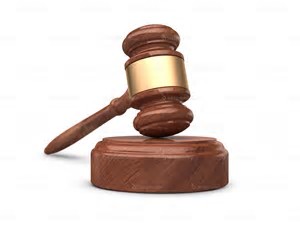 Blind Party Loyalty Vs. What’s Good for the County

I am not a political person, but now and then I exercise my constitutional right of free speech on significant political issues that affect us all. I am beginning to think that the two-party system is doing untold damage our country. People are so locked into what their party leaders want that they fail to see, think and choose independently for the good of the country. What’s wrong with us?

Now, let’s take the Judge Kavanaugh’s hearing. There is no doubt that Kavanaugh is academically qualified for the position; that’s not the issue. Frankly, academic capability is only one line of qualification. The man is a brilliant scholar. It is not even about drinking excessively during his younger years; many young men and young women are guilty of that and the American people could be very forgiving on that count.

The main problem is how Judge Kavanaugh conducted himself when he testified after Professor Ford. That testimony gave us a window into the true character and temperament of the man. He came across as a lying, angry, arrogant and repulsive man, one that does not possess the judicial temperament for a life-time tenure on the High Court. That testimony forces most of us to go back to the previous senatorial questioning of him where he was not forthcoming on answering questions, but we gave him the benefit of the doubt. Even democratic senators had doubts then but were willing to give him the benefit.

There are other negative issues such as his views on “presidential powers” and his views on certain settled laws that he refused to consider as settled laws. Despite his views in this category he would have been confirmed without any great outcry and protest.

Republican senators are acting like an appointment to the Supreme Court is a divine right and not a privilege extended to the candidate by the American people. While I respect the public service of these men and men and women, I cannot help wondering if these men with law degrees from another century are suffering from a touch of senility that they are failing to see the damage they are doing to our most sacred institutions.

From my perspective, Brett Kavanaugh disqualifies himself from a seat on the high court. That does not destroy his life as he and others want us to believe. He still has a job as a Federal Judge. Since when not getting a job destroys someone’s life. What kind of privileged nonsense is this?

Published by The Dwelling Place

I am, Michael Dewar, author and director of Dwelling Place and the chief writer. Professionally, I am pastor, Bible teacher, mentor in the spiritual life, a specialist and consultant in church and family conflicts. I also have a background in Social Work (LMSW) and mental healtn. View more posts